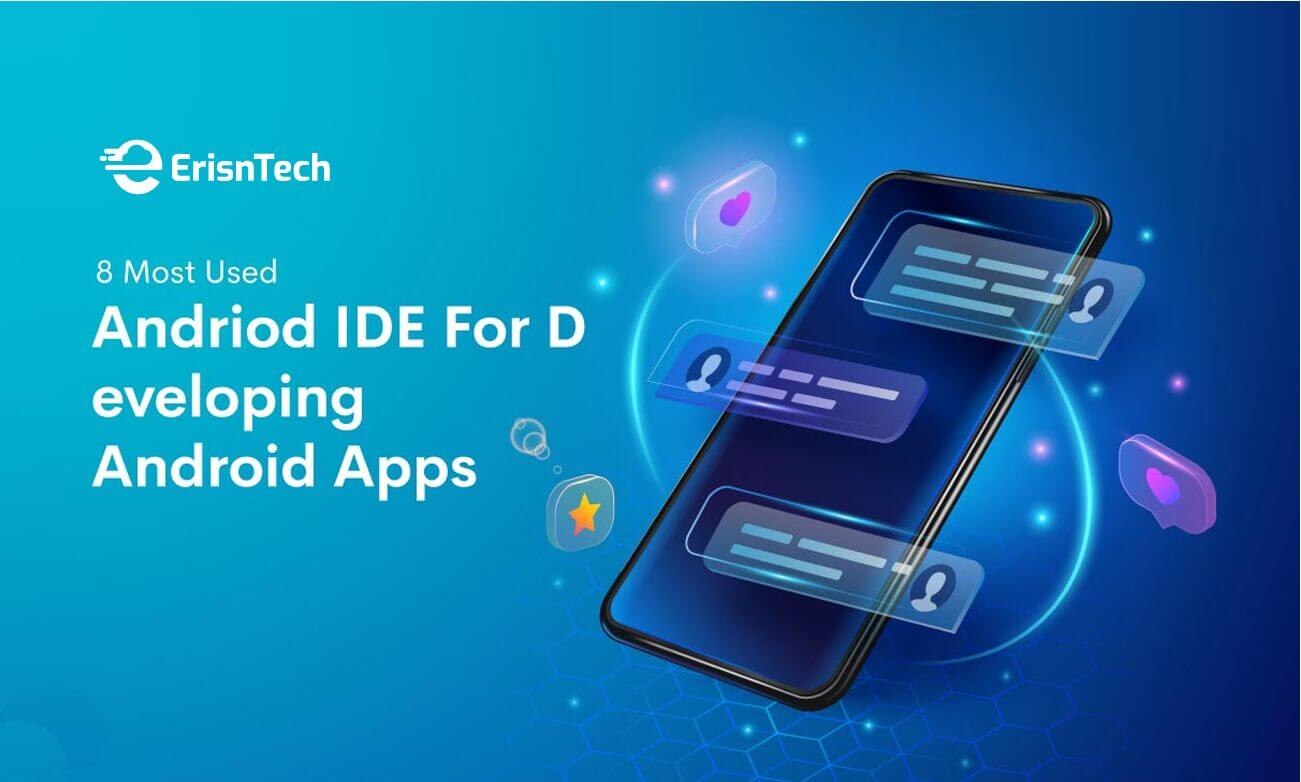 A software application, Android IDE  (Integrated Development Environment) is used for the creation and development of software. It is a single framework that unites multiple tools required for developing software.

Nowadays, a majority of mobile app developers are using IDEs for developing apps for Android devices. With the rise in the popularity of Android apps over the last few years has contributed to the high usage of IDEs for app creation.

Here, we have curated a list of 8 most used IDEs for developing Android apps in 2019. The below-stated IDEs support an array of programming languages like Java and C++ and enable pro mobile developers and even beginners to build native or hybrid apps.

These app development tools are among the most used IDEs by programmers and developers all over the world as it helps maximize productivity by creating stable applications integrated with best features. Everything from easy code navigation to error-checking features of these IDEs makes them the best android development environments.

This IDE for Android development allows mobile app developers to test the application on various platforms. This IDE is perfect for beginners as it features app-building lessons that help developers get an understanding of the entire process. Some of the top features of Android Studio that make it the best Android IDE app are code completion and real-time error check post-deployment of the mobile app.

Popular for providing excellent coding assistance to the Android app developers, the IntelliJ IDEA is also considered to be among the best android development tool by various professionals. It is a Java programming app for Android that many developers use to build top-quality applications that are responsive, fast, and most importantly stable.

When compared to standard mobile app development tools, IntelliJ IDEA features a multiplayer framework and is undeniably a better choice as it significantly improves the productivity of the developer.

DroidScript is another IDE for Android development that is widely used by developers. Designed to maximize developer productivity, this android development IDE boasts a wide array of features and powerful coding. The easy process of mobile app building facilitated by DroidScript makes it one of the best android app development software available.

Available in the web stores, DroidScript is a Java IDE for android that can be easily downloaded on your computer. You can build feature-rich native Android apps with the help of DroidScript. It’s easy to navigate through the platform makes it one of the best android development tools even for beginners.

It provides developers with the analytics data that helps them improve the speed of the app and provide quick fixes to bugs. By using the features of Visual Studio, developers can create efficient applications that are free of bugs and offer enhanced app experience to its users.

Corona is a highly preferred portable coding tool which serves as the best IDE for Android development. Everything from downloading, installing, writing programs, to deploying the mobile app, Corona ensures that the developers have a hassle-free experience while building mobile applications.

Once done with the development process, developers can test the app and make the required changes to deliver top-performing apps. Beginners, as well as experienced developers, use this IDE as it is known as build adaptive and responsive apps. Aside from that, the reason why Corona is hailed as the best android app development software is that it allows developers to test the final version, resolve problems, and repair bugs in a smooth and trouble-free way.

Use your android devices to create top-quality mobile apps with AIDE (Android IDE). This incredibly powerful IDE helps developers design the best android apps that are rich with features and look visually appealing. Mobile app developers can utilize this extensively used and top-rated android development IDE to build the apps with ultimate ease.

This platform makes coding seem like a rather easy task. Professional developers, as well as beginners, use this IDE for android app development.

Equipped with numerous code examples, CppDroid is an IDE that has received positive reviews from expert developers in the last few years. This IDE comes with the offline feature and helps developers with code completion and also configuration. Moreover, its powerful real-time diagnostics property allows app developers to fix security threats and bugs that cause the app to function inefficiently and slowly.

CppDroid offers plenty of tutorials, samples, and examples that new mobile app developers can use to get a better understanding of the process and create the best app. It also comes with Google Drive support and even works without an internet connection.

Just install, decide on the interface, layout, and features, write the code to create an application. B4A lets you customize the app so that you can use a unique theme and decide on the location of the tabs.