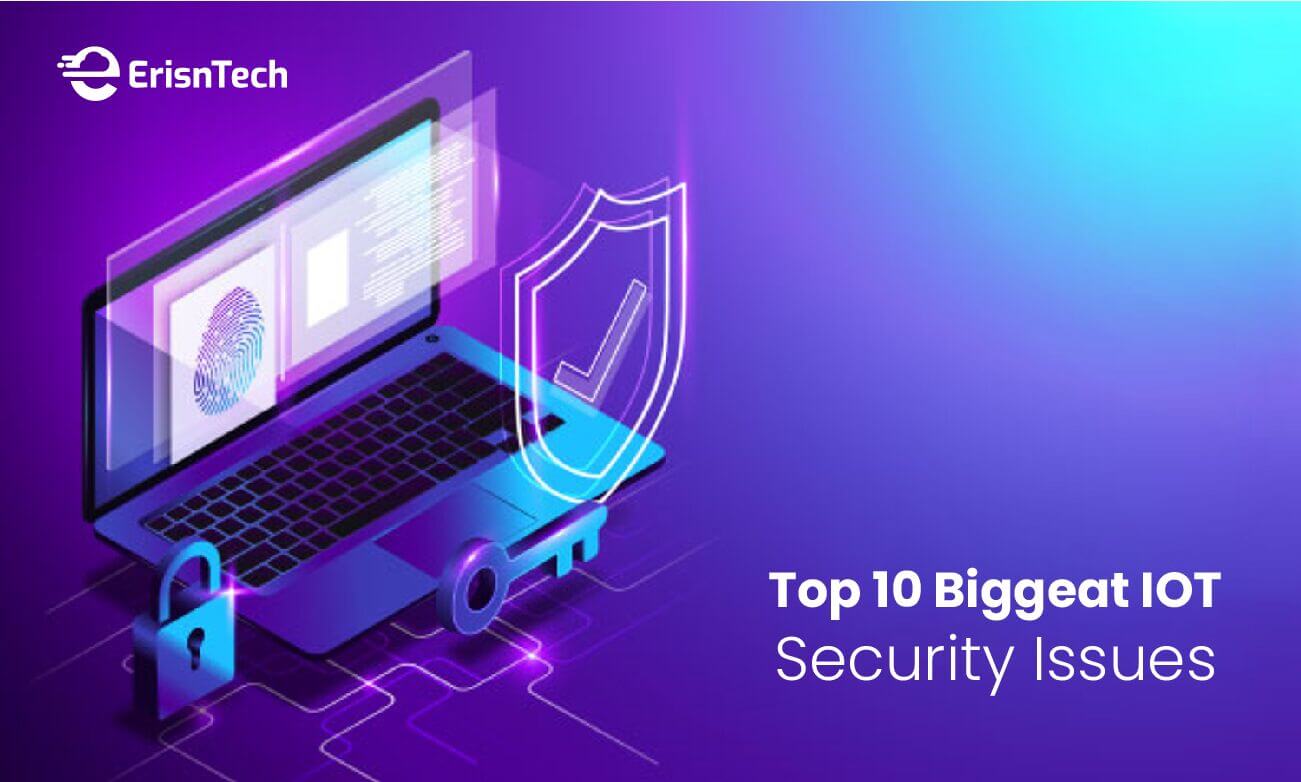 At present, there are more than about 23 billion IoT connected devices throughout the world. Moreover, this number is expected to further rise to about 30 billion by the year 2020 and more than about 60 billion by the end of the year 2025. With the increasing number of IoT connected devices, the IoT security issues are also increasing at a rapid pace.

In recent times, it has been observed that organizations face a lot of internet of things security and privacy challenges. Thus, it is of immense importance to get to the root of these issues and rectify them as soon as possible. Now, at this point in time, it becomes quite important to learn the biggest IoT security risks prevailing so as to come up with effective solutions in this regard.

The use of guessable easily brutes forced, unchangeable credentials or publicly available passwords give rise to IoT security problems. In addition to this, the backdoors in the firmware or software that allows unauthorized access to the systems deployed can cause a threat to security which needs to be rectified.

2. Making Use of Components That are Outdated

With the rising number of IoT connected devices, the mechanisms for secure updating is essential. But the lack of secure mechanisms for updating lies among one of the greatest IoT security challenges. This lacking ability of a secure update of the device includes lacking validation firmware on the devices, lacking secure delivery, lack of mechanisms for anti roll back along with a lack of notifications of the changes in security as a result of the updates.

The insecure network services that are running on the device or the services that are not needed when exposed to the internet can create a lot of problems regarding confidentiality, authenticity as well as the availability of information to unauthorized persons. These compromises on the security have become the challenges of IoT for which adequate steps are to be taken.

5. Ecosystem Interfaces That are Insecure

An overall insecure ecosystem outside the devices such as backend API, insecure web, or the mobile interfaces allows the compromise or the device as well as its related components which in turn poses a threat to security. The common challenges in IoT here include a lack of authorization, lack of strong encryption, and lack of input as well as output filtering.

6. Data Transfer and Storage Not Secure

Another of the internet of things security concerns is insecure data storage as well as transfer. Lack of control of access or encryption of all the data that is sensitive in nature including the data at rest, in transit, or at the time of processing can give rise to security problems to a great extent.

Internet of things security and privacy challenge has remained another major point of concern. The insufficiency in privacy protection makes the devices vulnerable which creates a lot of security issues. The personal information of the users is stored in the devices or in the ecosystem which if used improperly, insecurely or without permission that is unauthorized access can cause data leakage which can be too problematic.

8. Default Settings are Not Secure

Insecure default settings cause a lot of IoT security risks that need to be taken care of. There are a number of devices or systems that are shipped with default settings that are not at all secure or simply they lack the ability to make the systems or devices more secure by restricting the operators from modifying the configurations thereby creating IoT security issues.

9. Device Management is Not Proper

The lack of or absence of physical hardening measures is certainly the internet of things security issues that need to be addressed. When there is no physical hardening makes room for the potential hackers or attackers for gaining sensitive or confidential information which in turn can propel a remote attack in the time to come or simply taking control of the device locally.

Now, when you clearly know about the most common internet of things security issues, make it a point to take precautionary measures.