10 Reasons to Use React Native for Mobile App Development 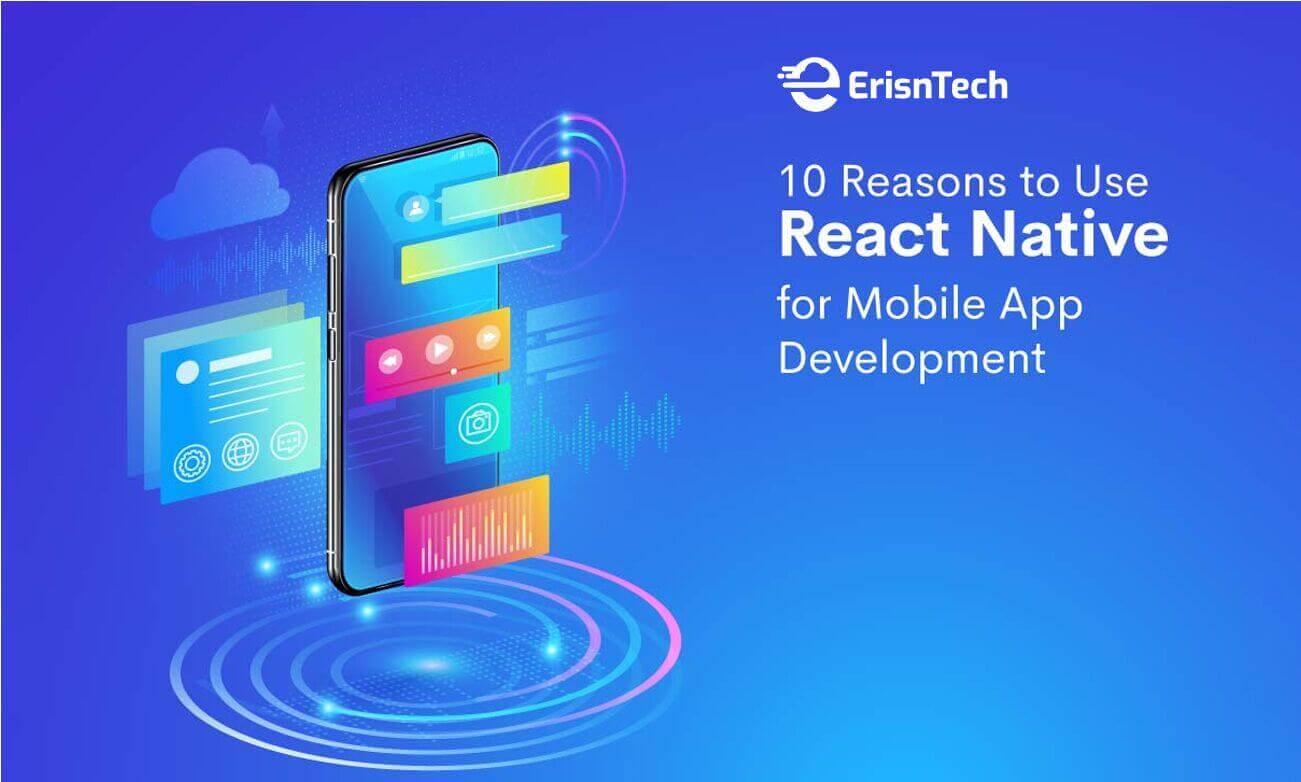 10 Reasons to Use React Native for Mobile App Development

So in the growing mobile market with 4G and 5G technology what are your plans to exploit?

As per the data from Sensor Tower, the global app revenue reached $50 billion in the first half of the 2020, which is actually 23.4% higher than that of the first half of 2019. That shows a huge opportunity for businesses of different sizes and different natures to develop mobile apps.

However, with dozens of apps already existing in the app stores, you need to create something that lures the attention of the users while at the same time providing a seamless user experience.

Furthermore, to beat the stiff competition, it becomes crucial to have an app that is highly performing with lightening loading speed, robust security, and uninterrupted user interface.

This article will tell you what is React Native and enlists the top 10 reasons why React Native should be considered for your mobile app development.

What is React Native?

React Native is an exciting, versatile, and open-source framework from Facebook that is used for building best-in-class cross-platform mobile apps for both iOS and Android.

According to the 2020 developer survey data by Statista, 42% of software developers use React Native for mobile app development, making it the most sought-after cross-platform mobile framework.

A few of the world’s most successful apps from tech giants like Facebook, Instagram, Skype, Myntra, Tesla, Walmart, Airbnb, Ubereats, and many others have shown interest in React Native Mobile App Development to build their apps.

Do you ever want to know why it has got such popularity?

If your answer is YES, then you’re in the right place. Read on to know why React Native is so in demand?

The React mobile framework is known for its agility and scalability. With React Native, you can use the same code for deployment on both iOS and Android thus ensuring the speedier app development without compromising on the seamless user experience. This consequently reduces the development cost and time by 70%.

2. Code once, Use Everywhere

The single code base feature of React Native Mobile App Development enables the developers to develop an application for web, iOS, and Android using the same code.

Thus, it eliminates the need for writing the code from scratch or using different languages. What could be more preferable for developers when more than 70% of codes would be reused for both platforms reducing their effort to half?

3. Ease of Transformation from Web Page to Mobile App

With React Native codes being reusable and intuitive, and with a fragmented module, the developers can understand this framework easily. Therefore, developing an app or detecting bugs between codebases is also easier in this framework as they will be using the same code. For keeping the app up and running, there is no need to have a dedicated developer team.

React Native is highly compatible with 3rd party plugins giving more features for the developers. This compatibility offers a smooth user experience, increased loading speed, and takes up less memory even if the device is running on an old OS.

React Native App Development strongly emphasizes on the UI of an app, making it look more like a JavaScript library than a framework. This helps in making the React Native Hybrid App work more smoothly and gives high-end responses swiftly.

There are various reasons that make React Native the ideal choice for MVP development. They are

Companies can get the most out of this framework while MVP development. As only 30% of the modules need to be developed and the remaining 70% of the components are reused.

Where personalization is becoming the necessity of digital transformation, the React mobile framework lets you deliver a personalized UX to individual users on the same app.

This clean architecture of React Native allows you to segregate Native code, Framework code, JavaScript code, and styling and also deliver different styles to the app easily from the server-side.

Money is an important factor that every business owner is concerned about. If you wanted to bring in more ROI in a short period while using less resources, React Native Mobile App Development should be your ideal choice.

The codebase being the same for cross-platforms would save you more money and time. Added to this, the development is faster and stays longer.

The most demanding part of the mobile app development process is the coding. When compared to other frameworks, React Native is easier to learn. The code is super easy and easy to comprehend.

The React Mobile framework can also be customized to suit the requirements of the developer. If you are a beginner, React Native is the best platform for you to learn in-depth about all the basic app development parts.

React Native Mobile App Development is not going to disappear anytime soon. Within a period of just 5 years, it has become the most desirable framework by the developers and the React Native developers are highly in demand.

Facebook is making sure that it lingers and grows. The framework is being updated frequently to solve complex codes in less time.

All these reasons are quite enough to prove why React Native is considered the best framework for mobile app development.
Initially, React Native App Development was considered unviable for commercial businesses. But the times have changed now.

With its huge popularity, strong community, and vast market share, it is becoming the #1 choice for developers. It is becoming easier to develop brilliant React Native Hybrid app. React Native Mobile App Development is now considered as the future of mobile app development.